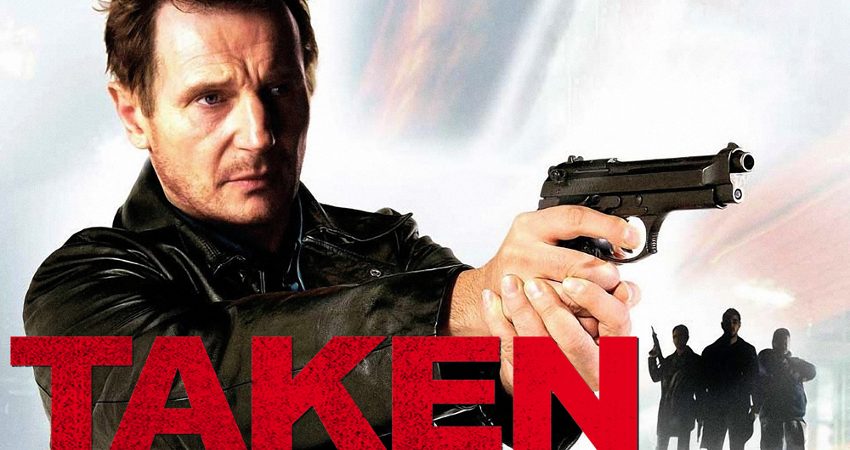 Storyline: Seventeen year-old Kim is the pride and joy of her father Bryan Mills. Bryan is a retired agent who left the Central Intelligence Agency to be near Kim in California. Kim lives with her mother Lenore and her wealthy stepfather Stuart. Kim manages to convince her reluctant father to allow her to travel to Paris with her friend Amanda. When the girls arrive in Paris they share a cab with a stranger named Peter, and Amanda lets it slip that they are alone in Paris. Using this information an Albanian gang of human traffickers kidnaps the girls. Kim barely has time to call her father and give him information. Her father gets to speak briefly to one of the kidnappers and he promises to kill the kidnappers if they do not let his daughter go free. The kidnapper wishes him “good luck,” so Bryan Mills travels to Paris to search for his daughter and her friend.

Directing: Pierre Morel directs this movie well, by keeping the action within a decent view, maintaining good pacing, and also allowing for the actors to breathe out a scene when more emotion is involved. The fights themselves are brutal, and not held back in the least bit. You will feel every blow, you will chuckle at every clever maneuver and trick, and sometimes even jump in surprise as to what’s happening. The movie is quite cold, as sometimes you’ll forget that Bryan is the good guy, especially in moments where innocent people are within the crosshairs. Like Jason Bourne in The Bourne Supremacy, it’s at times difficult to root for Neeson when he involves people that well….aren’t really involved. But that feeling is quickly vanquished when you see him waste the next sap that is part of the sex trafficking ring.

Acting: Liam Neeson does an excellent job portraying the retired spy. While there are indeed great action stars, very few of them are excellent actors as well. Liam Neeson can proudly say he fits both billings, as his version of a spy is just as cold and calculating as even Daniel Craig’s James Bond. Most amazing fact is that he is over 55 years of age. While Jason Bourne remains the most lethal of all the movie character spies in the last decade, Bryan isn’t too far behind. While everyone else in the movie delivers decent performances, it’s Neeson that runs and carries the show with a mix of emotion, determination, and rage.

Writing: Luc Besson and his talented filming crew provide yet another gripping story to sink your teeth into. This time it’s about a retired spy (Liam Neeson) who searches all of Europe in order to find his kidnapped daughter (Maggie Grace). He is given a small time frame, since his daughter is about to be sold into the deep, disgusting, and grueling underworld of sex trafficking. The movie starts off with Bryan, the spy, trying to adjust to a life without espionage, and the rest is just a wild roller coaster ride containing plentiful action scenes and fight after fight. Written by Besson and Robert Mark Kamen, Taken provides a healthy dosage of father-daughter sentimentality as well as provide an insight into a dangerous illegal world not seen often in movies.

Conclusion: This movie proves multiple things: Neeson can be an action star at a relatively old age, Europe is suddenly a rising force in the action/thriller genre, and also that you don’t need fancy CGI or special effects to craft a good movie that will also lead to good money. Taken quietly emerged as the top action film of 2009, and becomes another great film with Luc Besson’s stamp on it (The Fifth Element, Unleashed, Transporter, Nikita, Leon). The movie has the trills and the tension, but also has the heart that is sorely missing in most mainstream action films. You will cheer this movie on as it delivers with a great storyline, great acting, and just an overall satisfying cinematic package.

Vivisection must be unequivocally condemned and completely abolished in all its aspects – medical, military, industrial and cosmetological.Professor Dr. Lea Franken