ANIMALS KILLED for food since you opened this page. 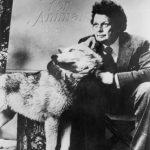 Support your right to arm bears.